Between its Native populations, Spanish and French colonization, the heritage of slavery and its integration into the Union, the history of New Orleans is extremely rich, and so are its food and music scenes. I have added a few pictures, descriptions and addresses with average prices for those of you interested in traveling to this incredible place.

We rented a little bungalow just 10 minutes by bike from the French Quarter. Bikes were part of the package, one of the reasons why we picked this particular address. If you’re on a budget, I highly recommend AirBnB rather than hotels: it’s generally cheaper, and you can “cook” at home. 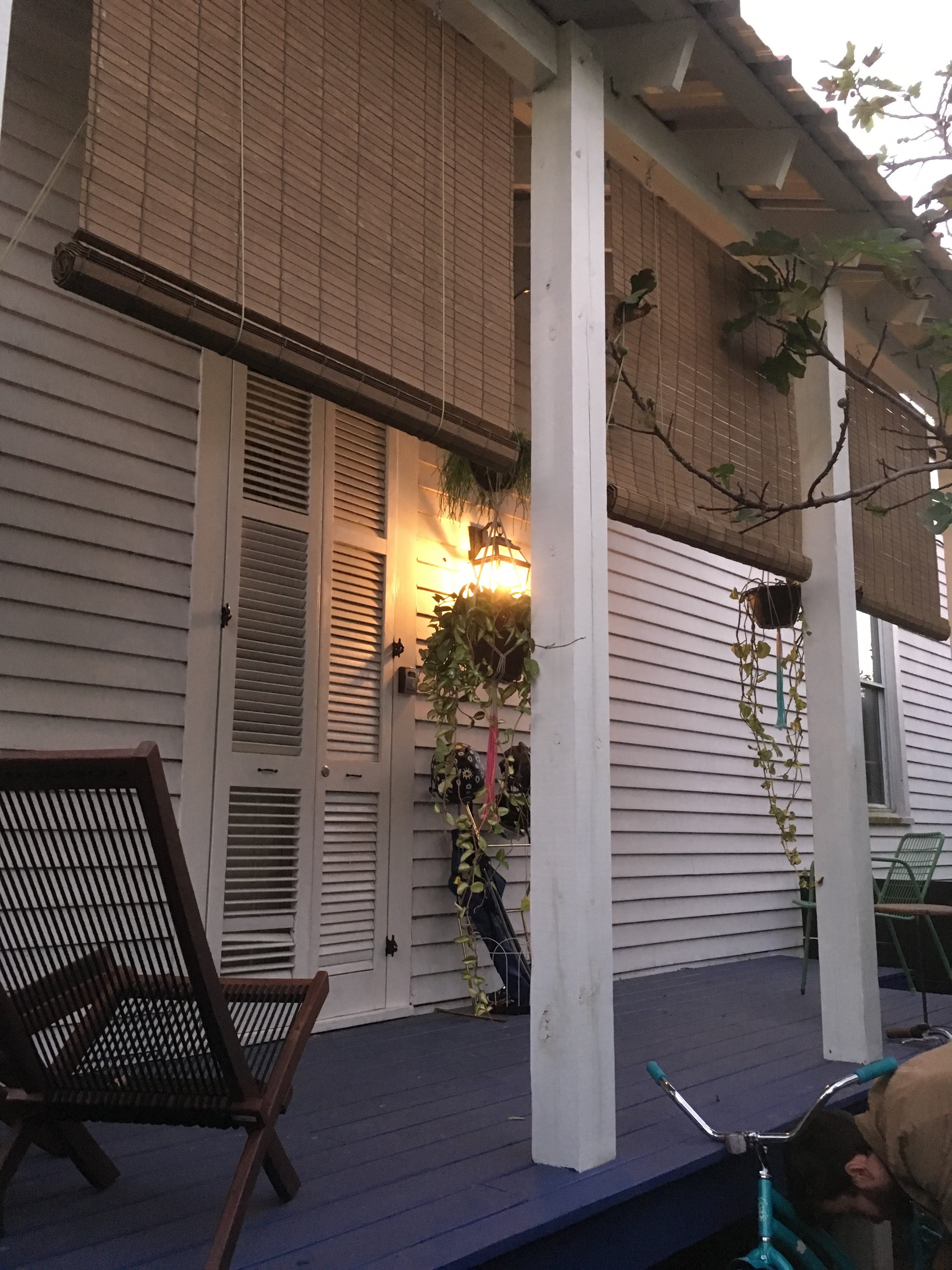 In the same neighborhood, we got to admire beautiful houses decorated for the season. 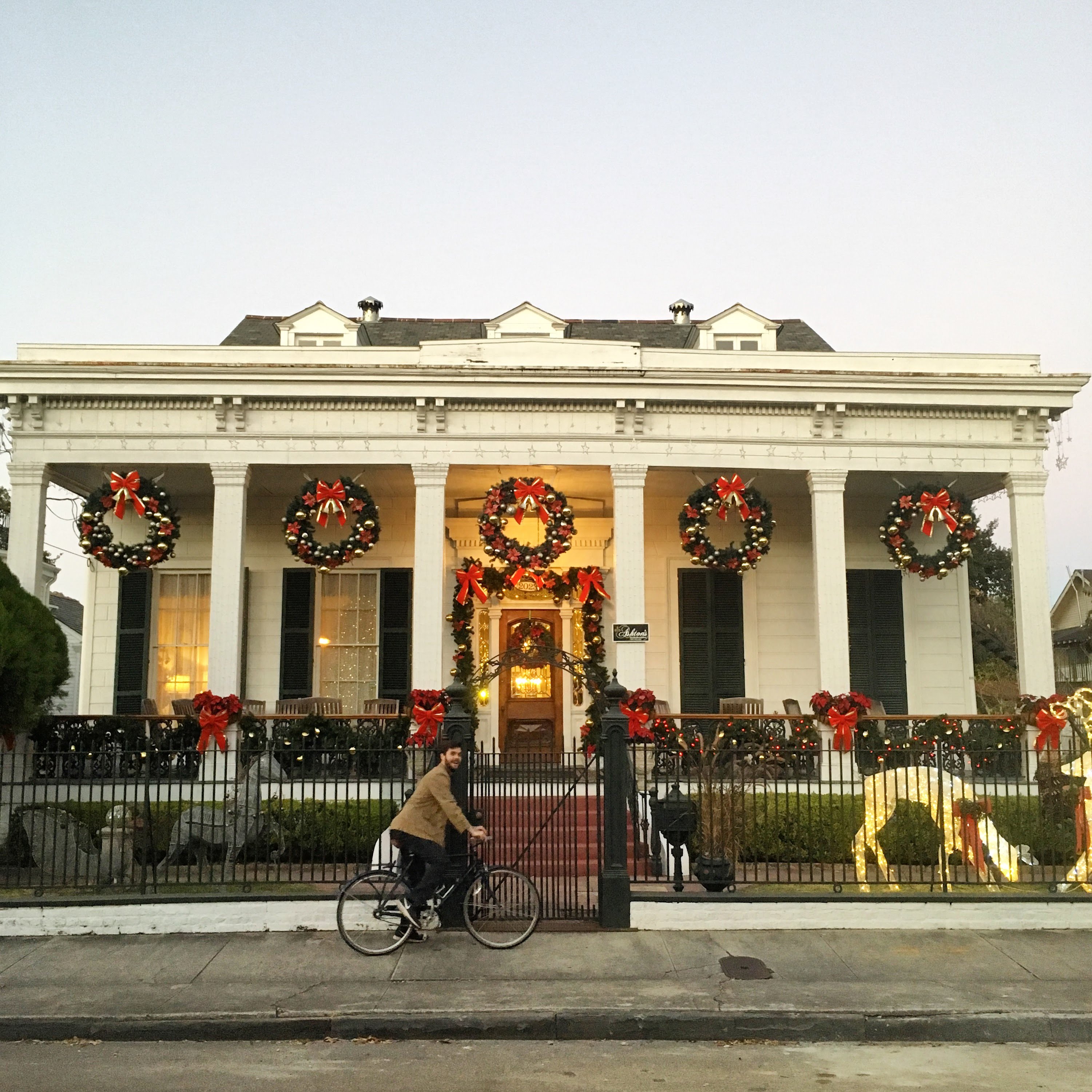 The French Quarter is, according to many, the heart of NOLA. During the day, we walked around the area, visited my former neighbor’s art gallery, Isabelle Jacopin, located on St Peter and Royal St. If you’re in the area, look up and you might see her or one of her paintings on her balcony. There’s always live music playing under her building, so if you’re not into paintings, you can always enjoy some jazz. 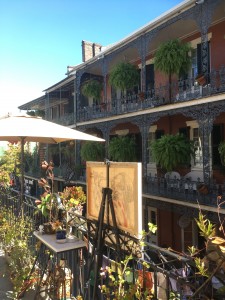 These two buildings are right across from her apartment. 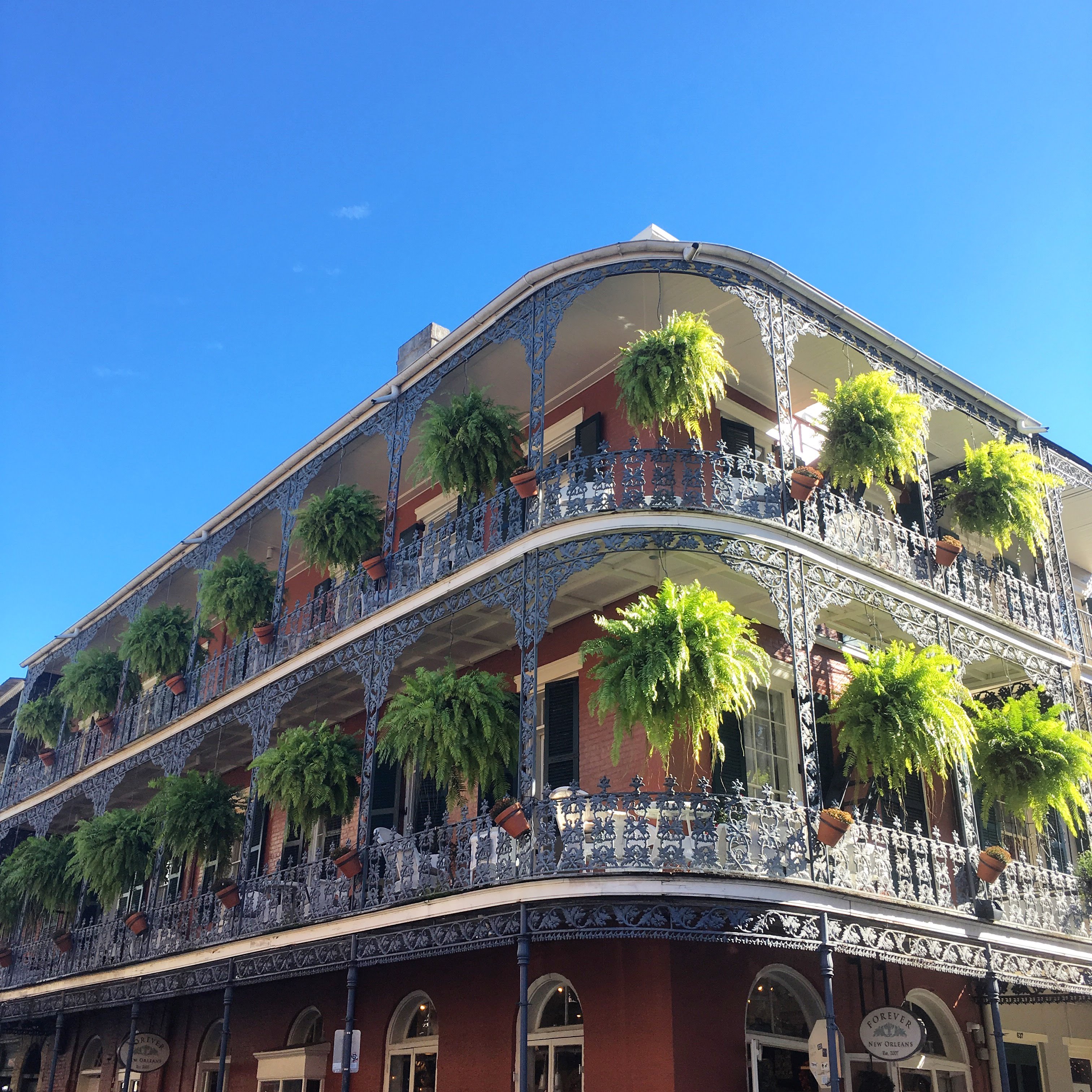 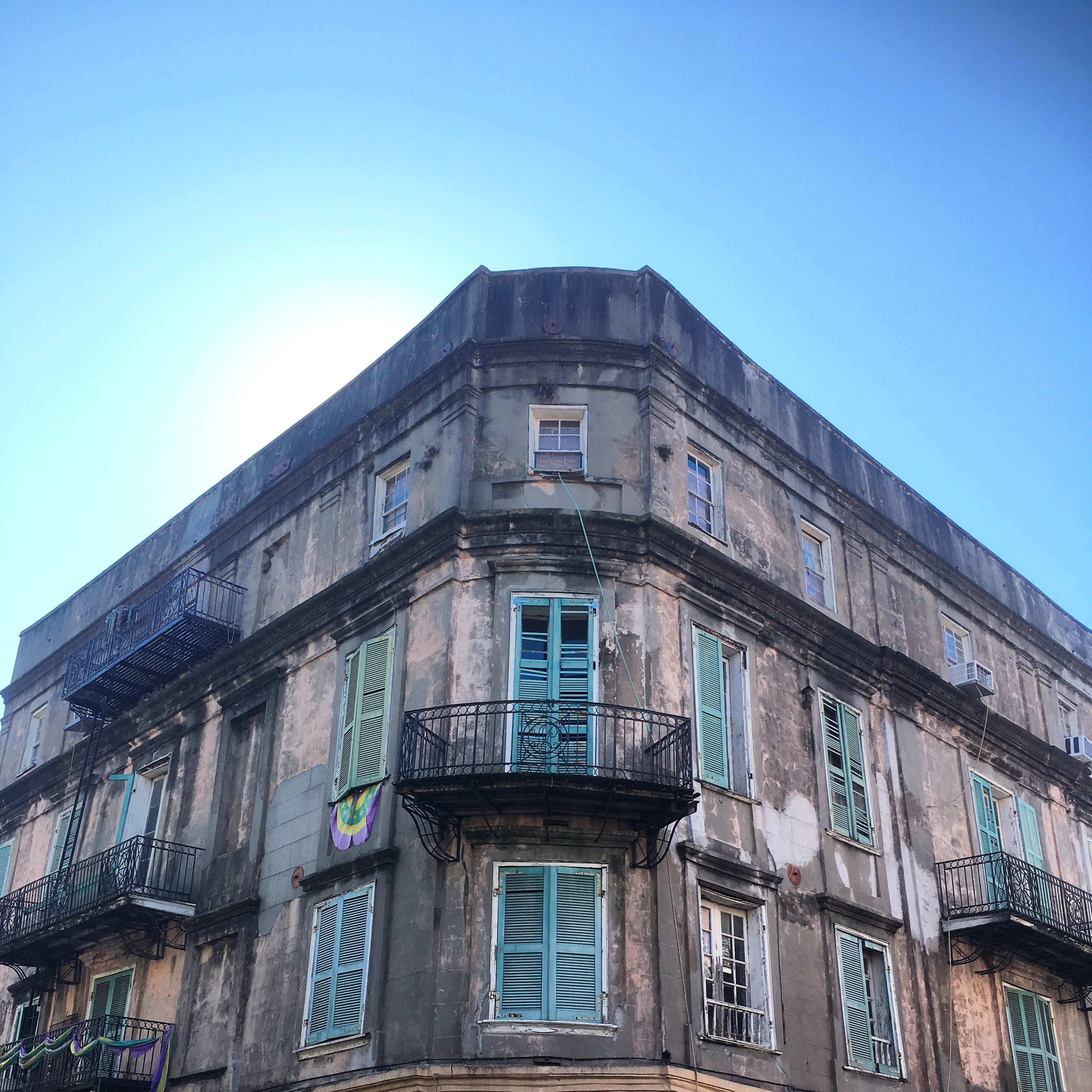 NOLA hosts many parades, where you can catch colorful beads. Make sure to check the calendar of events. 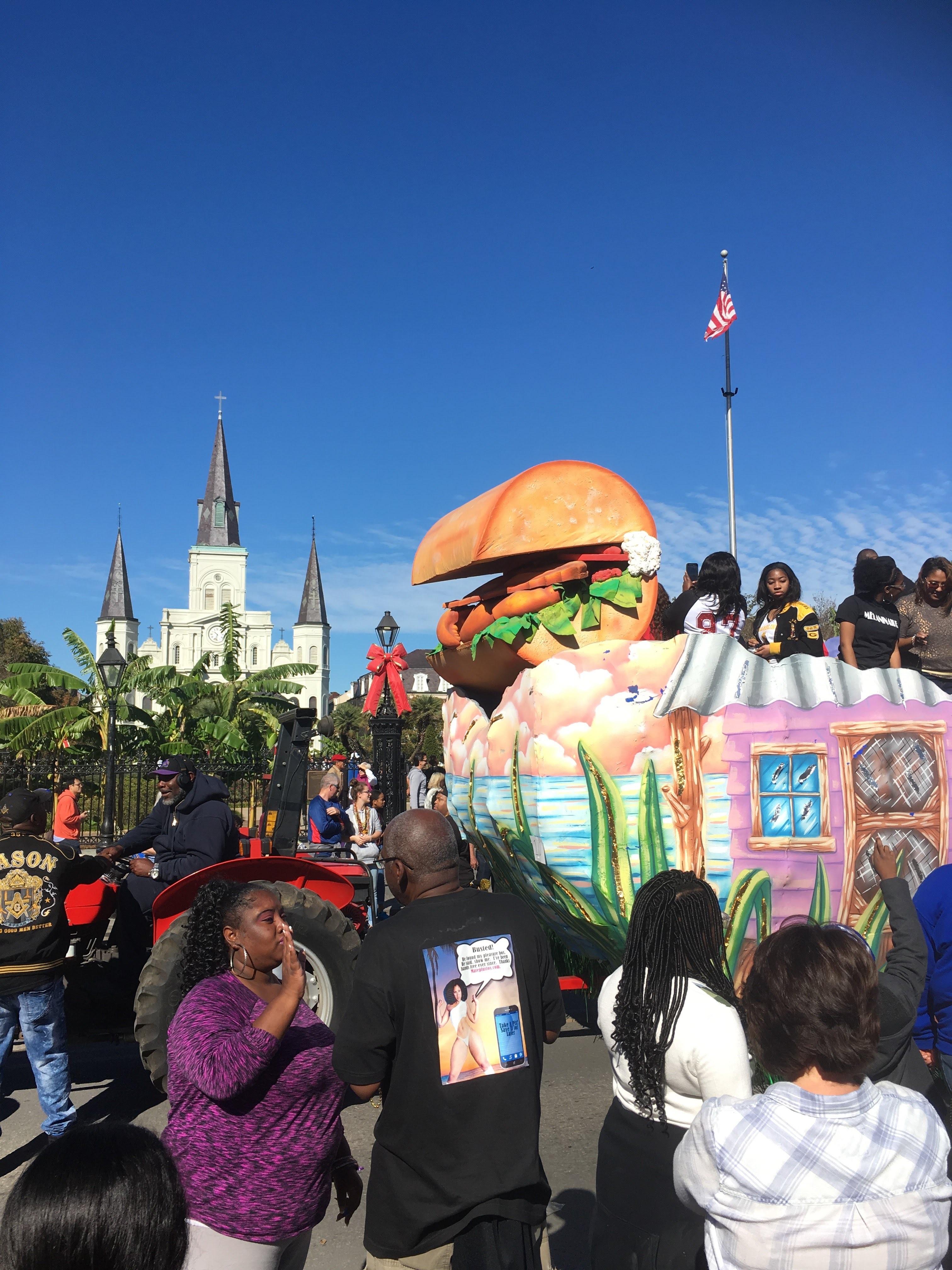 New Orleans is famous for its ghost tours and voodoo culture. There’s a Voodoo Museum in the French Quarter, which I did not get to visit, and the tomb of Marie Laveau, Voodoo Queen who lived in the 1800s and who is supposedly buried in Saint Louis Cemetery. If you plan on visiting the cemetery, you might need a guide to enter. 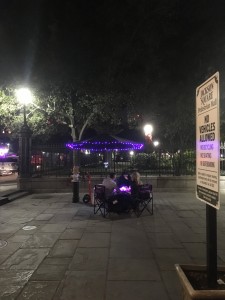 While you might want to spend a night on Bourbon Street, I recommend another area, Frenchmen Street, if you want to enjoy live music. I personally enjoyed The Spotted Cat Music Club (623 Frenchmen St, New Orleans, LA 70116, USA). 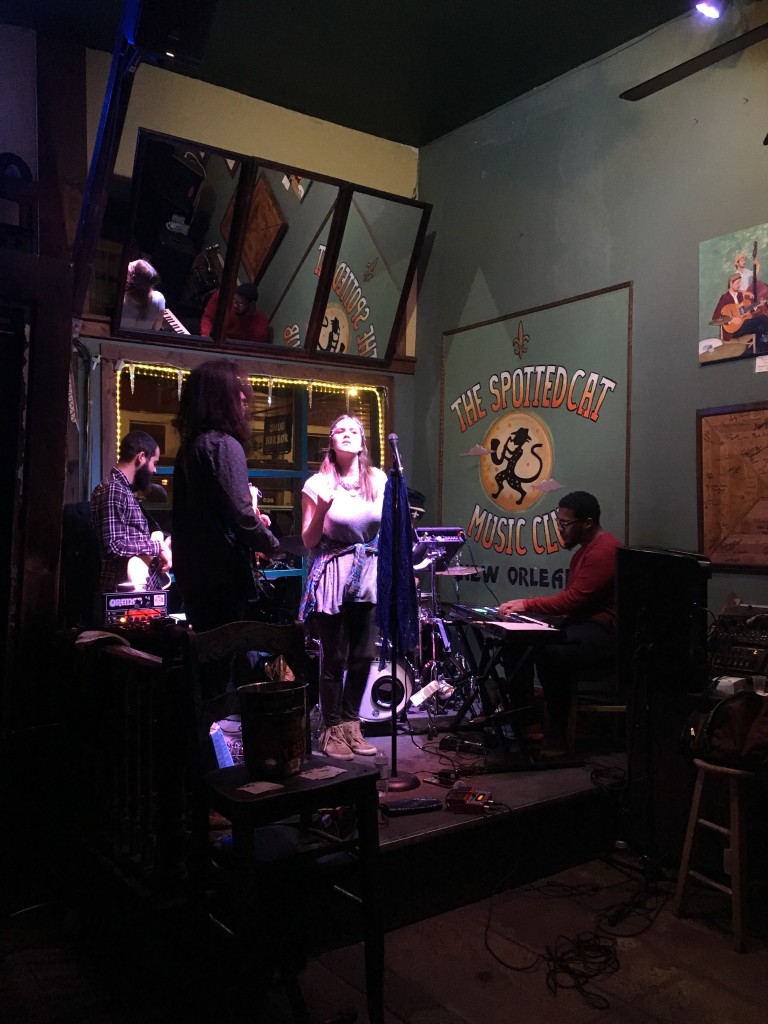 The district is particularly pretty, with its gorgeous houses. 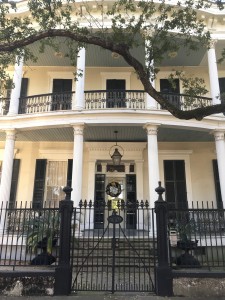 We hiked a little in Jean Lafitte National Park, located just 30 minutes South of New Orleans and 10 minutes from the swamp tour we had chosen. 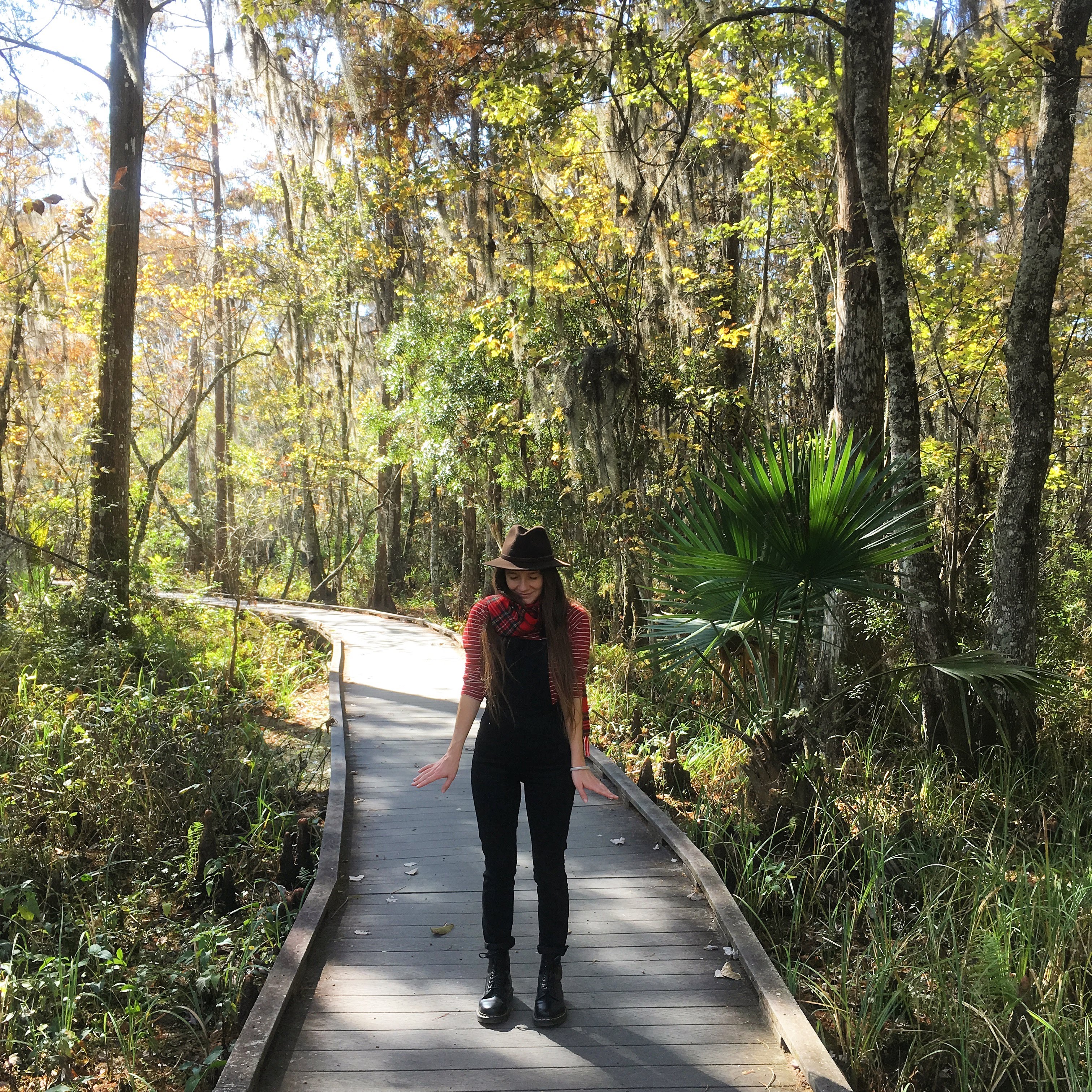 Keep in mind that the weather affects the possibility of observing some animals. We were lucky to spot many turtles and all kinds of birds, but also several small alligators sunbathing. However, on our way back to the port we got to get pretty close to a huge alligator (over 10 feet!). We chose Airboat Adventures, which offers 2 hour tours on diverse types of boats. We picked a small airboat ($55). It’s certainly is costly, but it allows you to sit on the edge of the boat more easily… and have a much better view. 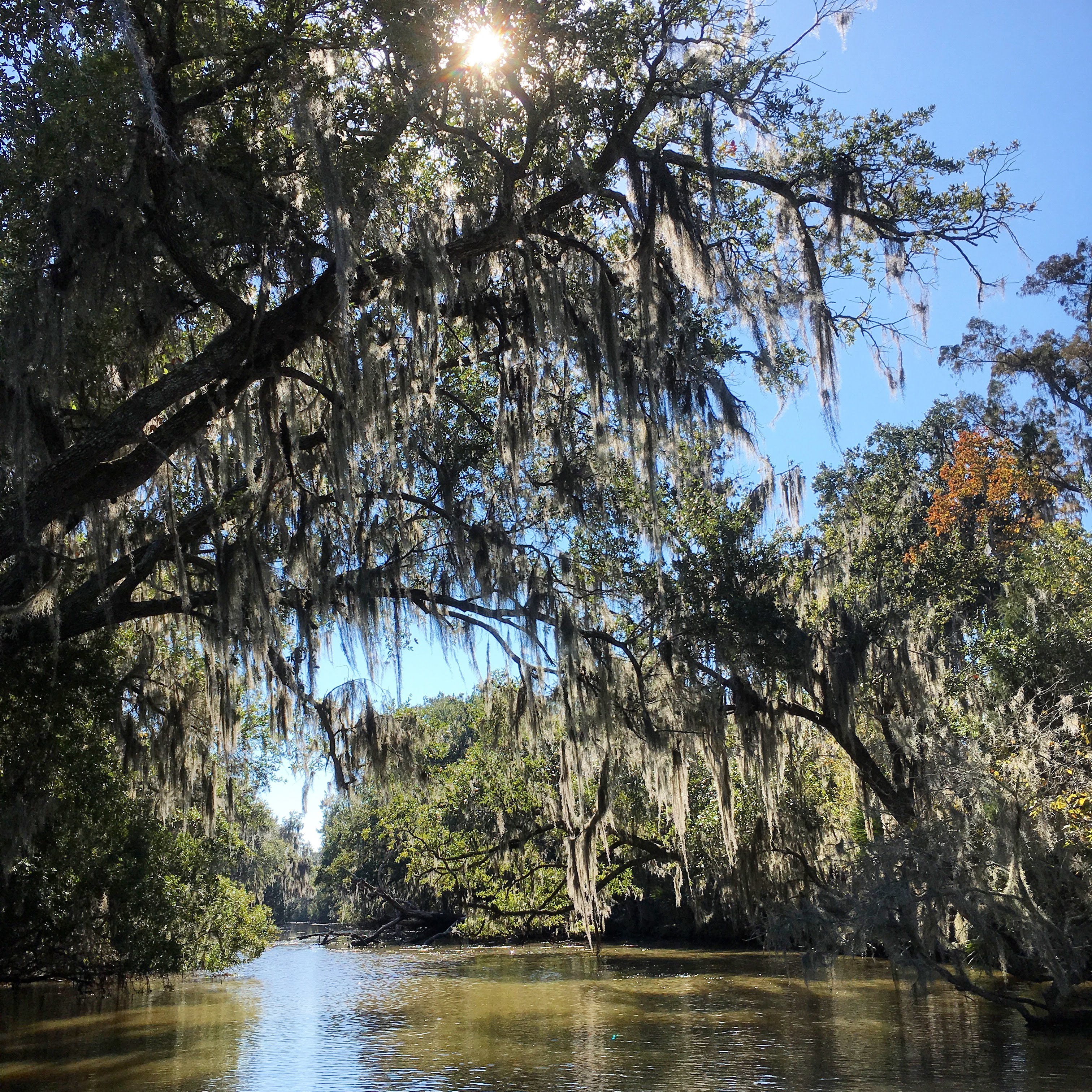 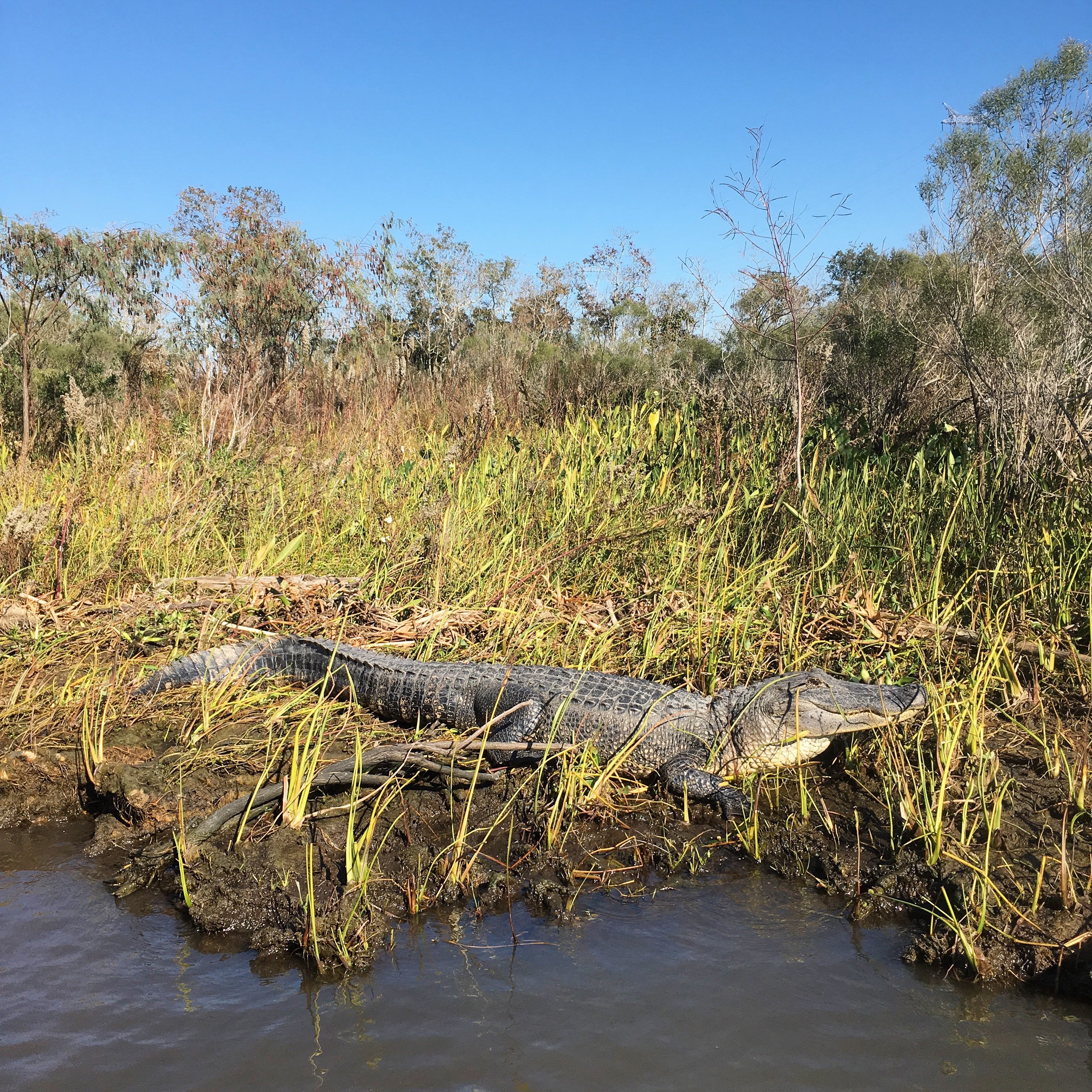 They even have an albino alligator! 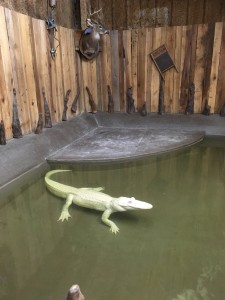 On our way back to Oklahoma, we stopped by two plantations, Laura Plantation, and Oak Alley Plantation. Visits cost between $22 and $25 per person, and if you’re lucky, you can even catch guided tours. I’ve heard better things about the historical depiction of Laura Plantation compared with Oak Alley Plantation, as some reviewers mentioned that guides at Oak Alley sometimes remain very shallow in their explanations regarding slavery. I have nothing to really compare, and even though the tour was very light about the life of people enslaved, it was already enlightening.

New Orleans is a food capital in the US. Even though I avoid meat and fish all year long, I’m a vegetarian of convenience and leave these considerations when I’m on vacation to try local foods.

Beignets at Cafe du Monde. Obviously, whoever thinks these are the best beignets has nothing to compare them with, but I definitely enjoyed being a tourist among tourists and getting pictures of my powdered sugar moustache.

The charbroiled oysters at Acme Oyster House are delicious.

We had brunch at the Ruby Slipper Cafe, which had a ton of fish-based dishes. 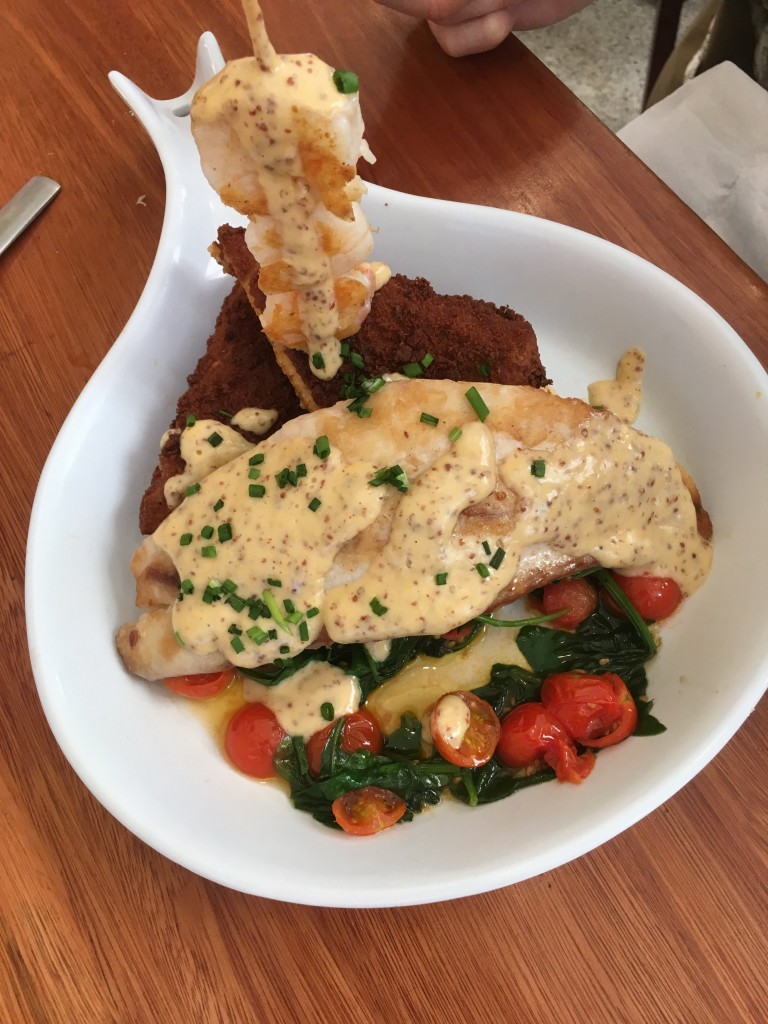 We also went to Toast twice… the food was simple (avocado toasts, omelettes, etc), and the people very nice.

Isabelle also recommended Antoine’s, which is apparently an institution for French-Creole food in New Orleans.

Regarding drinks, you’ll see crowds with “hand grenades“, but I did not get to try it.

I tried a Sazerac, which is pretty good, and a Hurricane, which is quite sweet.

There are a few local breweries as well, but I cannot remember anything specific as of now.

Hope this helps a bit!